GoodReads Summary:
When an Earth-like planet is discovered, a team of six teens, along with three veteran astronauts, embark on a twenty-year trip to set up a planet for human colonization—but find that space is more deadly than they ever could have imagined.
Have you ever hoped you could leave everything behind?
Have you ever dreamt of a better world?
Can a dream sustain a lifetime?
A century ago, an astronomer discovered an Earth-like planet orbiting a nearby star. She predicted that one day humans would travel there to build a utopia. Today, ten astronauts are leaving everything behind to find it. Four are veterans of the twentieth century’s space-race.
And six are teenagers who’ve trained for this mission most of their lives.
It will take the team twenty-three years to reach Terra-Two. Twenty-three years locked in close quarters. Twenty-three years with no one to rely on but each other. Twenty-three years with no rescue possible, should something go wrong.
And something always goes wrong. 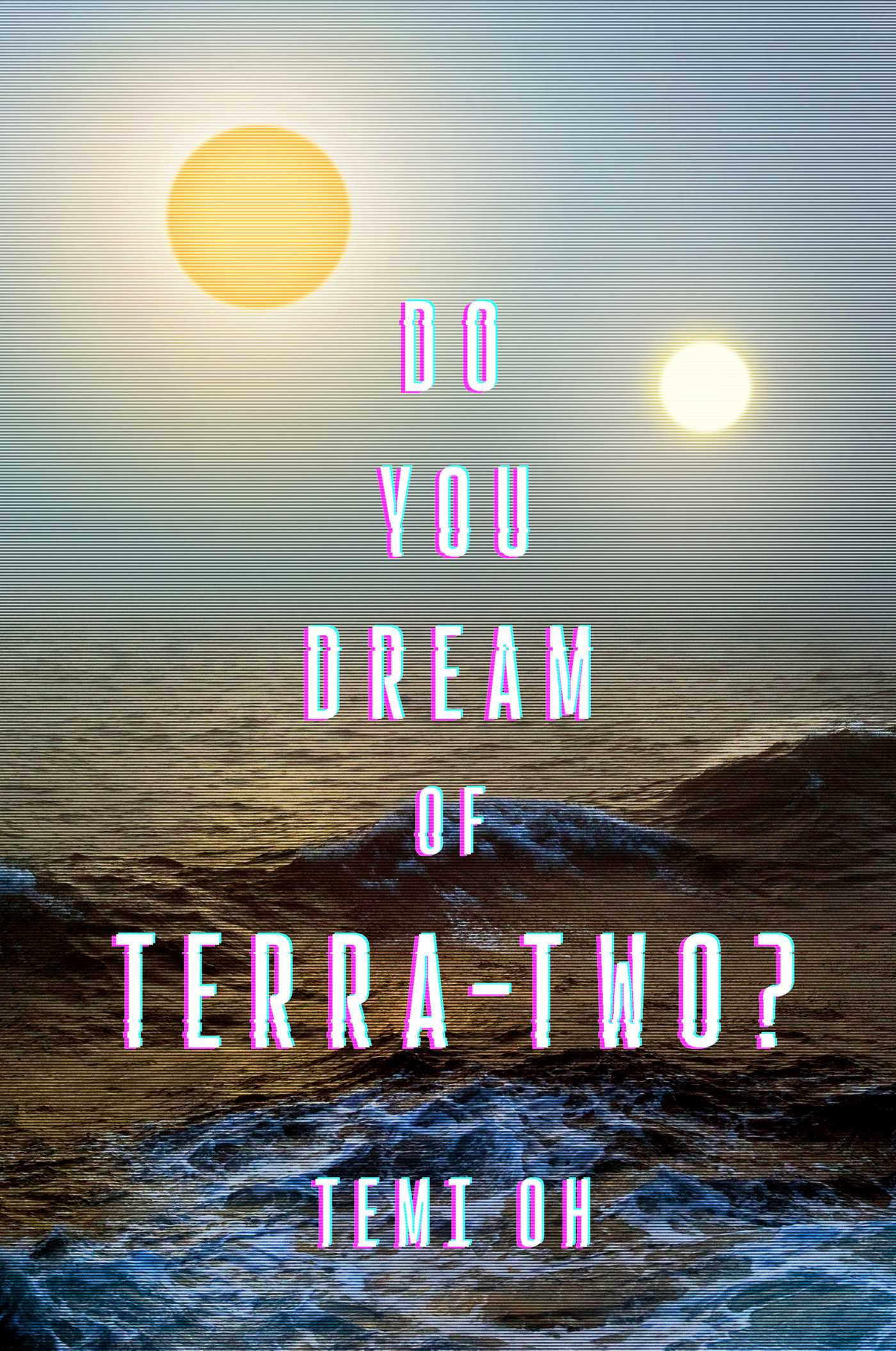 Review:
There’s just something I love about teenage astronauts. Do You Dream of Terra-Two? is a story of six teenagers getting ready and setting off on a mission to Terra-Two. I listened to the audiobook and I think it was really well done. I think the narrators did a great job of reading this story. I do have to mention that this is a character focused story. The plot of the story is to successfully get to Terra-Two and honestly it was unclear whether or not they did which was disappointing. But the characters were really well done and the audiobook kept me engaged and interesting in their stories.
These six teens were all so interesting in different ways. They have been studying at Dalton (basically an astronaut academy) for several years and the time has finally come for the six (and there three adult mentors. Yes! There are adults with them in space!) Except the day before the launch, one of the six dies. It’s unclear if she kills herself or if it was an accident. The program decides that the launch must go on as planned, so they call in one of the backup crew members, Jesse. I really liked Jesse. He was sort of an oddball, but he wanted to be an astronaut and go into space so badly. But the way he came to be on the mission made it so that the rest of the crew treat him as ‘other.’ This was obviously hard for him. His part of the story was a tough one. There’s also Henry, who is in training to be the team’s commander. He’s actually kind of a dick and plays some pretty cruel pranks on Jesse. But as the story goes on it’s clear that being pilot and commander is really all he has in life. I wouldn’t say that I liked Henry, but I understood him better by the time the story was over. Poppy is the face of the crew. She’s a language expert with an affinity for learning new languages. She’s also the media person. She does video updates and interviews the crew for the public. I liked Poppy. She grew up with her mother and they never had much. She was ecstatic to be chosen to travel to Terra-Two, but life in space turned out to be harder than she anticipated. She struggles with depression, sometimes spending days in her bunk without getting up. I really liked this inclusion in the story. I’m sure this is something that many real-life astronauts struggle with (not that many of them are traveling for twenty-three years to a new planet, but you know what I mean). Poppy gets help from one of the adults, the medic, traveling with them, and the two figure out a treatment plan involving medication. Next we have Eliot, who also struggles with mental health issues. The original crew member, that Jesse replaced, was Eliot’s girlfriend. He struggles because he’s sure that she killed herself. He hallucinates seeing her floating alongside the ship out in space. Eliot’s chapters were almost hard to listen to because he was struggling so much and I just wanted to give him a hug. Finally, the sisters, Astrid and Juno. These two were fascinating, but also sometimes I had a hard time remembering which sister’s chapter I was listening to. I honestly don’t remember what Astrid’s job was while in space because her story focused on how she got sucked into a sort of religion that’s appeared in the days leading up to the launch. Astrid becomes obsessed with Tessa Dalton (yes, their academy was named after her) who is the woman that discovered Terra-Two. Astrid had vivid dreams about being on Terra-Two. It all honestly gets a little weird, but it was fascinating in the way that watching a car crash is. It was an interesting comment on religion (though that’s just how I took it and I don’t know if that was the intention). Juno is training to become the next medic for the crew. She’s trains alongside the adult medic on board. I really liked this aspect of the story because we got to know one of the adults a bit more. Juno has an eating disorder; she also struggles with feeling like she doesn’t belong because of a secret that I won’t reveal. I liked Juno. She seemed sweet and kind, though I was disappointed that she took so long to befriend Jesse.
Overall, this book definitely had problems. Like, three of these characters have serious issues and I don’t understand how were these not addressed or realized with the intense and comprehensive mental and physical tests that the crew had to go through before the launch. Though there is something that’s revealed that suggests there was reasons for this. I also think it was odd that though there were three adults on board with the crew (an engineer, a commander, and a medic), three adults that trained these kids every day, but they didn’t seem to have a very big presence in the story. I also didn’t like the ending. It was left very open ended and we never got to find out whether or not the crew even made it to Terra-Two. I will say that there was drama and action while the crew was traveling even though there was minimal plot. I did like this book, but the ending damped that enjoyment a bit. I think those that like teenagers in space will like this book.

4 thoughts on “Do You Dream of Terra-Two? by Temi Oh”