Top Ten Tuesday was created by The Broke and the Bookish in June of 2010 and was moved to That Artsy Reader Girl in January of 2018. It was born of a love of lists, a love of books, and a desire to bring bookish friends together. Each week we talk about our top ten with a different topic provided by Jana. This week’s topic is top ten – books I predict will be 5-stars 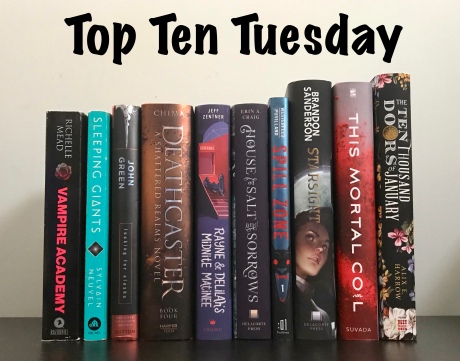 This Vicious Cure by Emily Suvada

The Song of Achilles by Madeline Miller

The Martian by Andy Weir

Not a Drop to Drink by Mindy McGinnis

The First Fifteen Lives of Harry August by Claire North

The Darkest Part of the Forest by Holly Black

A Darker Shade of Magic by V.E. Schwab

What books on your TBR do you think will be 5-star reads? Leave a comment and let me know!