GoodReads Summary:
IT WAS A CASE SHE COULD SINK HER TEETH INTO…
After seven hundred years of life, Marguerite Argeneau finally has a career. Well, the start of one, anyway. She’s training to be a private investigator, and her first assignment is to find an immortal’s mother. It seemed simple enough, until Marguerite wakes up one evening to find herself at the wrong end of a sword. Now she realizes she’s in way over her head.
Julius Notte wants to protect Marguerite, and not because someone just tried to take her head off. She doesn’t know it yet, but she’s his lifemate and he’s determined to woo her. It’s been over five hundred years since he last courted a woman, but surely the techniques haven’t changed. Now if only he can keep her alive—so to speak—so they can have that happily-ever-after. 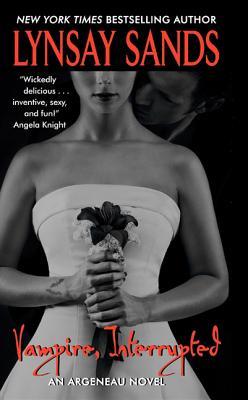 Review:
This one was a little weird at the beginning. It sort of just jumps right into the story. Most of these books you can read in any order, but this one I think would leave the reader a bit confused until things are explained later in the story.
Because I’ve read all of the books previously in the series, I was mostly in the know except for the big twist. Most of these books have a bit of mystery in them, but this one was absolutely full of it. Someone is trying to kill Marguerite, while she’s on her first case as a private investigator.
I really liked this one. If anyone deserved to find their lifemate it was certainly Marguerite. I loved the story of her and Julius. It was captivating and full of suspense and mystery. I really can’t say too much because the mystery of these two is the best part of the book.
Marguerite is one of my favorite characters in this series. She’s the one that holds the family together, so when they add a few more members of the family I’m so happy for her. She’s determined not to be controlled like she was by her first husband ever again. I really liked how this way portrayed because insecurities from past relationships are something that happens to many people in the real world.
Overall, I enjoyed getting to see Marguerite fall in love and solve a mystery.